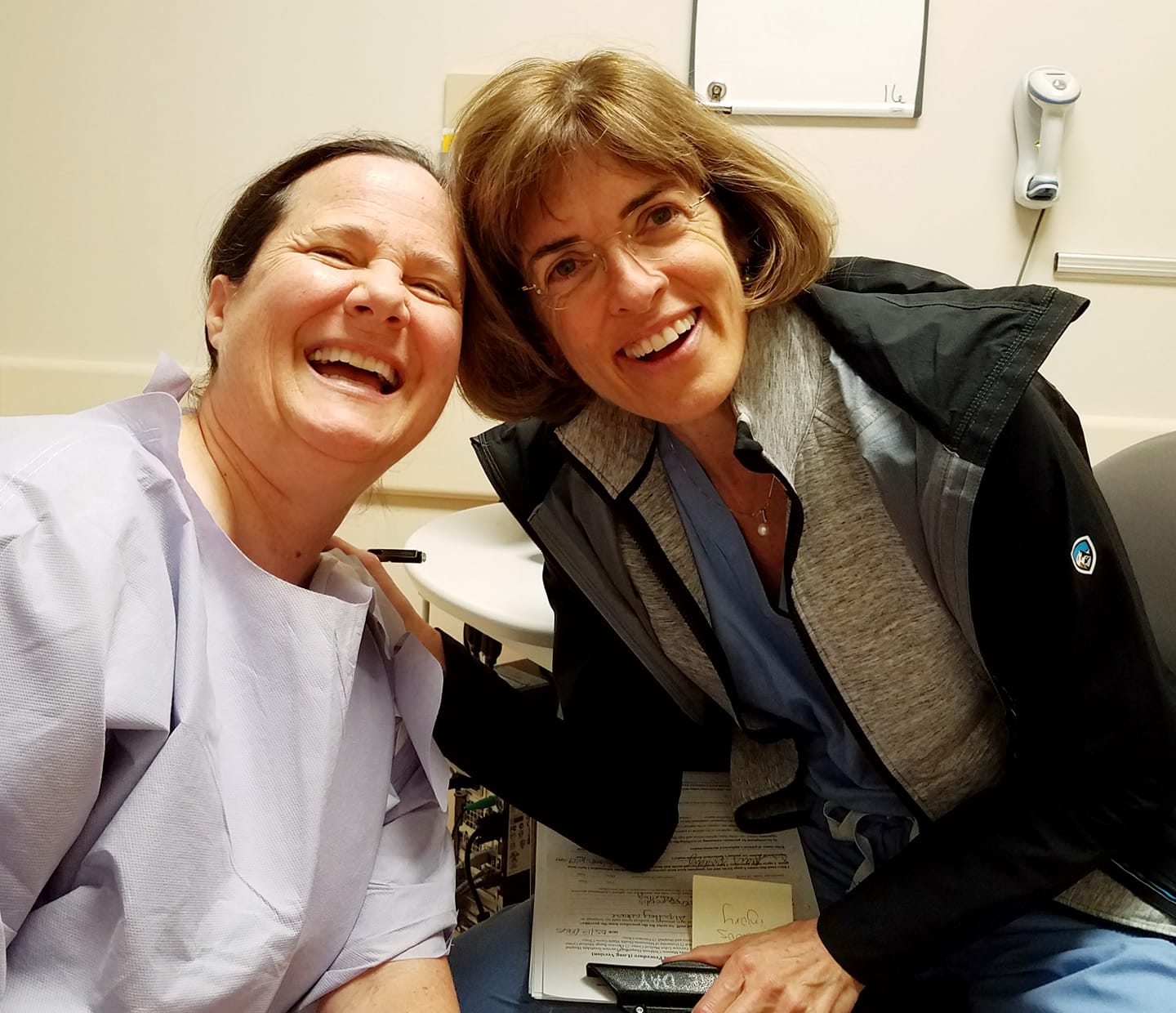 As you might know, I’ve had type 1 diabetes for 37.5 years and I have recently experienced my first significant diabetes complication. The name on the street for my complication is “trigger finger.”

It began about four years ago. A few of my fingers, on both my hands, started catching and hurting. I asked my endocrinologist, who essentially is my primary care doctor, as I see her four times a year, if she had any suggestions for who I could see to discuss this issue. My endocrinologist, Rebecca Mattison, MD, suggested Clare McCarthy, MD, who specializes in hands.

As quick as I could, Dr. McCarthy is popular so it’s not simple to make an appointment with her, I got in to see Dr. McCarthy. The protocol was to get a cortisone shot in my hand, at the very base of each finger that was catching. The question of how long each cortisone shot would help was uncertain. I was rather lucky. Each shot lasted over a year, eliminating all the pain and catching for that amount of time.

Then this past August, the pain came back with a vengeance, especially in the middle finger on my right hand. I am right handed and I tend to have more challenges on the right side of my body. For example, the breast cancer was on my right side. Dr. McCarthy told me that I had reached the maximum number of cortisone shots I could have in each finger: three. After that, irreversible damage can be caused to the tendons in the hand.

Thus it was time for surgery. Trigger finger is officially called stenosing tenosynovitis. Dr. McCarthy’s plan was to do an A1 pulley release. Here’s an image of the finger that shows the pulleys in each finger. The only one that isn’t critical to the hand is the A1, and that’s the one that was catching the tendon, causing all the inflammation and pain.

I had the surgery on the middle finger of my right hand on October 19th, a Friday. I took that day off from work and my friend Linda drove me to the out-patient surgery, and she stayed until it was over and she drove me home. It didn’t take long for Dr. McCarthy to cut that pulley. She did tell Linda while I was coming back to consensus reality, that there had been a large buildup of pus and inflammation behind the pulley and that I must have been in a lot of pain. She was right. It had started to hurt like crazy all the time.

My expectation was that I would heal quickly and be able to have the same surgery on my left hand, on my middle finger and my index finger, a month later. That is not what happened.

I normally heal quickly. In part that is because I am good at visualizing healing and wellness. I also go to acupuncture every week and John Falls, my wonderful acupuncturist, worked on healing my hand. I went to get the stitches out three weeks after the surgery, and when I went to see the Physician’s Assistant, who took out the stitches, she told me I might not be able to fully straighten my finger ever again. I was having a nearly impossible time straightening my finger. I was pretty surprised about this.

I have a number of friends who have had type 1 diabetes longer than I have, and all of them wrote me notes on Facebook telling me that I would be so happy after having this surgery. All of them had it done, on many of their fingers, and all of them recovered quickly and with ease.

Apparently I was not to be so blessed.

The PA couldn’t get all of the stitches out, and she told me that very soon my body would push out the last tiny little bit of stitches that were still in the incision. She also said I could call her in two weeks if I still wanted to have hand therapy. I knew that I WOULD want hand therapy. I could tell that I had lost a lot of hand strength during the healing phase. This freaked me out, and I wasn’t sure what kind of exercises I should do to regain my hand strength. I had noticed that open the house door was super difficult and that chopping vegetables had gotten really challenging.

Then, on Sunday, November 25th, just a bit more than 5 weeks after I’d had the surgery, I noticed a tiny black bit of stitches poking out of the wound. I grabbed a tweezers and thinking I’d pull out a stitch about ¼ of an inch long, I pulled. HOLY MOLY!!! Was I surprised, the stitch I pulled out was longer than an inch, almost an inch and a half!

Within another day, the wound healed better than it had so far! I also went in to see the hand therapist, Kim McClintick, OTD, OTR/L, CHT, CLT an occupational therapist to be exact. Yes, I had lost quite a bit of hand strength. And I couldn’t straighten the finger. Kim thought I had come in soon enough to regain full strength and to work on getting my finger to straighten. YES. Advocating to get what one needs as soon as possible is a good skill to have.

I will see the hand therapist for a total of three times. I wear a little pulley for part of every day that helps stretch my finger out straight. Plus I have a few exercises I do multiple times each day. Already it’s improving. I’ve regained a lot of strength. There’s hope.

Also, it doesn’t hurt!!! At least not the way it did when I still had the A1 pulley still at the base of my finger. The stretching hurts a little. I am confident that I will regain full finger and hand function. If nothing else, I’ve learned the power of persistence in life.Thank you Kim for helping me out!

I have not had surgery on my left hand. I decided to wait until my right hand is fully recovered. I’m going to see Dr. McCarthy on December 20th. We shall negotiate when I will have the left hand surgery. The two fingers on my left are starting to hurt more, so it’s soon going to be time.

Thanks to all for reading about this part of my diabetes journey! Yet another aspect of life with a chronic health condition.

To keep my spirits bolstered, I do keep walking with Sam and I have started free style dancing again!!